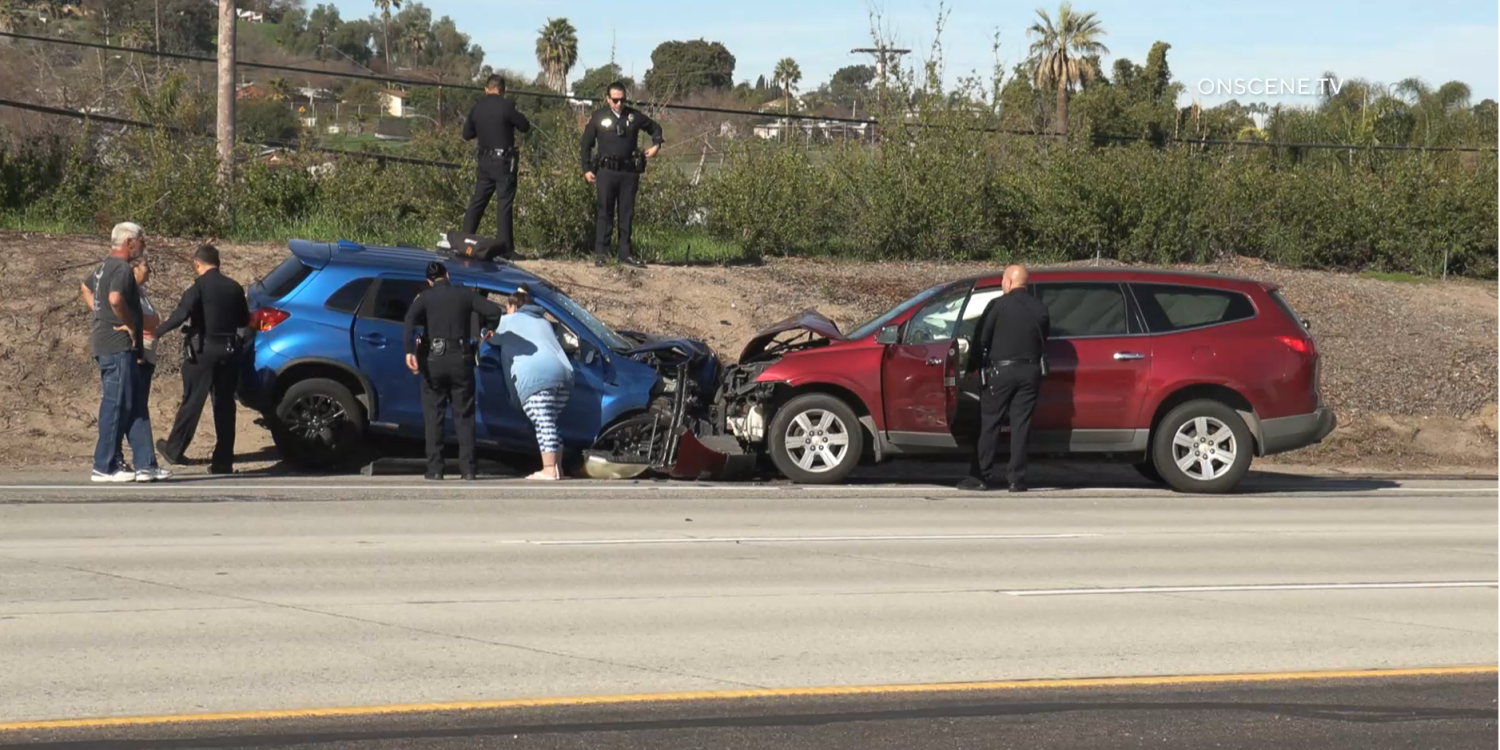 A man driving a stolen SUV went the wrong way on state Route 125 and crashed head-on into another vehicle Sunday morning before he ditched the vehicle in Spring Valley and took off running, San Diego police said.

A passenger in the stolen SUV and a person in the vehicle that was hit were both injured in the crash and transported to a hospital. Police said they believe the injuries were minor.

Officers had been tracking the SUV, which had been reported stolen earlier Sunday, around Newton Avenue near 43rd Street in the Mountain View area when officers spotted the vehicle.

The driver headed toward Lemon Grove and then got onto SR-125, heading north in the southbound freeway lanes. Police terminated their pursuit at that point, Sharp said.

The driver in the stolen SUV fled. Police officers, including at least one with a police dog, searched the area but did not immediately locate the man.

CHP officers shut down several lanes of the freeway and issued a traffic alert around 10:40 a.m. as emergency vehicles responded to the collision and police conducted a search.