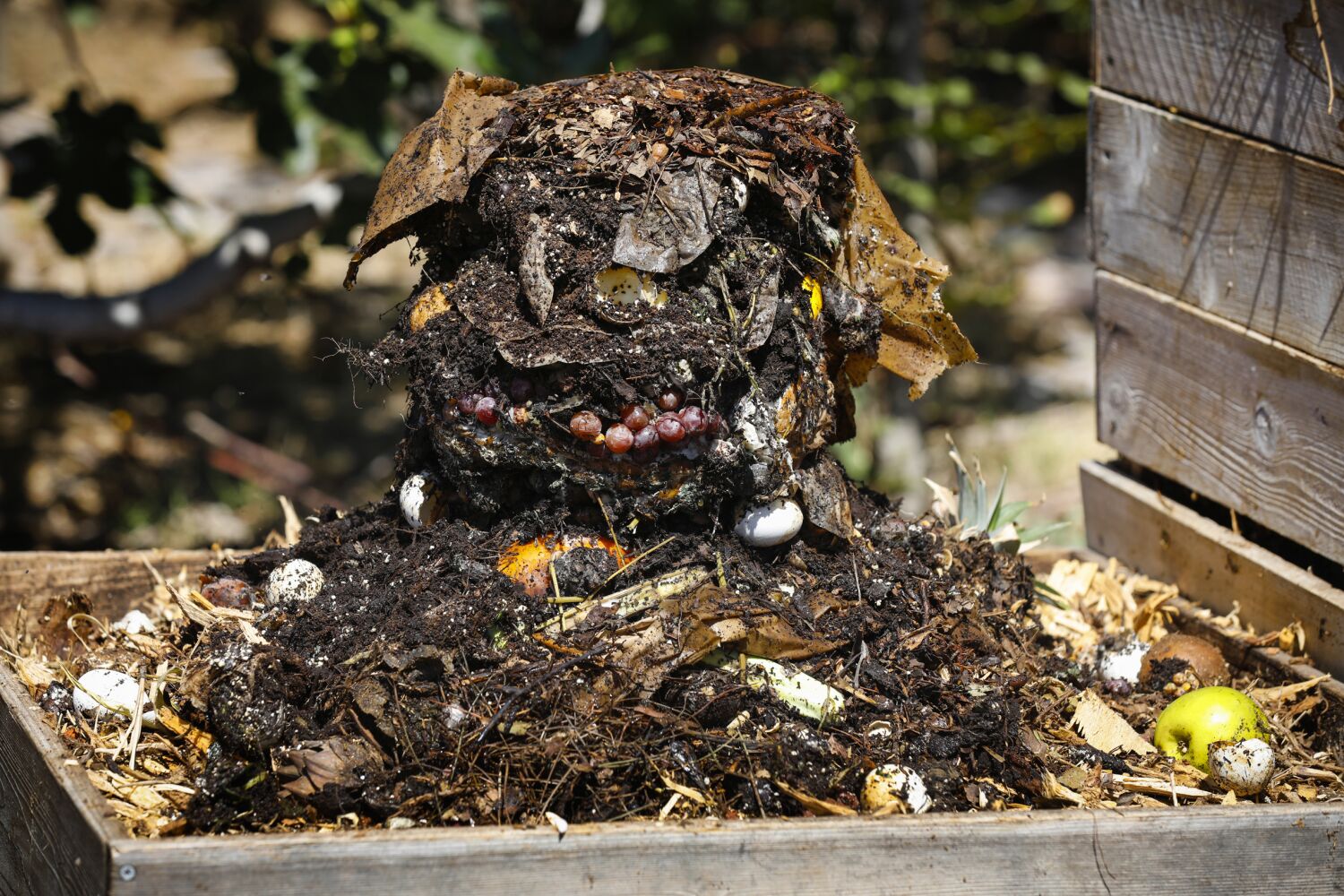 San Diego will spend $77 million on a large composting plant in Miramar to handle all the yard trimmings, food scraps and other organic material that city residents and businesses must begin recycling under a new state law.

City officials say they expect the plant, which will be by far the county’s largest composting facility, to help other local communities and trash haulers comply with the new law, SB 1383.

Without the new plant, San Diego officials said they would have to truck organic recycling to composting facilities outside the region, a less environmentally friendly option that would make the city vulnerable to price increases at those facilities.

Plans to build the plant, currently scheduled to open in summer of 2024, have been overshadowed by recent city efforts to launch collection of green waste by delivering green recycling bins and kitchen pails to more than 250,000 customers.

The first wave of bins got delivered last week, and collections have begun in those neighborhoods — ZIP codes 92102 and 92113. Bin delivery is scheduled to continue until all customers have them in August.

While gathering the organic waste is crucial, San Diego officials say the ability to compost that waste into fertilizer and mulch on an extremely large scale is also key to the city’s plans to comply with the law.

“We’re going to have a lot more organics to process, and if we didn’t build this facility, where would we process them?” Councilmember Marni von Wilpert said.

The state law aims to fight climate change by requiring Californians to divert a greater percentage of organic waste from landfills — 75 percent by 2025 — because that waste emits large quantities of the greenhouse gas methane.

Composting organic matter speeds up the natural process of aerobic decomposition using bacteria, worms and similar organisms and prevents the emission of methane.

San Diego already operates the region’s largest composting facility, the Miramar Greenery. But instead of expanding that facility, the city will tear it down and replace it with a larger version in a separate part of the landfill.

It makes more sense to move the facility because the greenery is on top of an area of the landfill that has significant unused capacity that city officials say is worth about $100 million.

Capacity at the landfill is financially valuable to the city, which charges private haulers fees to dump trash there. City officials say a comprehensive new analysis of fees charged by the landfill is underway and will be completed soon.

The unused capacity underneath the greenery is 3 million cubic yards — enough space for three years of trash, city officials said.

The new composting plant will be built farther east in the landfill in an area that has no unused capacity.

City officials say they expect to collect about 125,000 tons of green recycling materials per year once the city and the region are fully compliant with SB 1383.

Councilmember Joe LaCava said the city must weigh the cost against the revenue potential that moving its composting operations would create.

City officials said they also expect the composting plant to be used — for a fee — by the city’s private haulers, which handle trash and recycling for San Diego businesses, condominiums and apartment buildings.

The city could pass the cost for composting green recycling material on to the single-family homes providing that material.