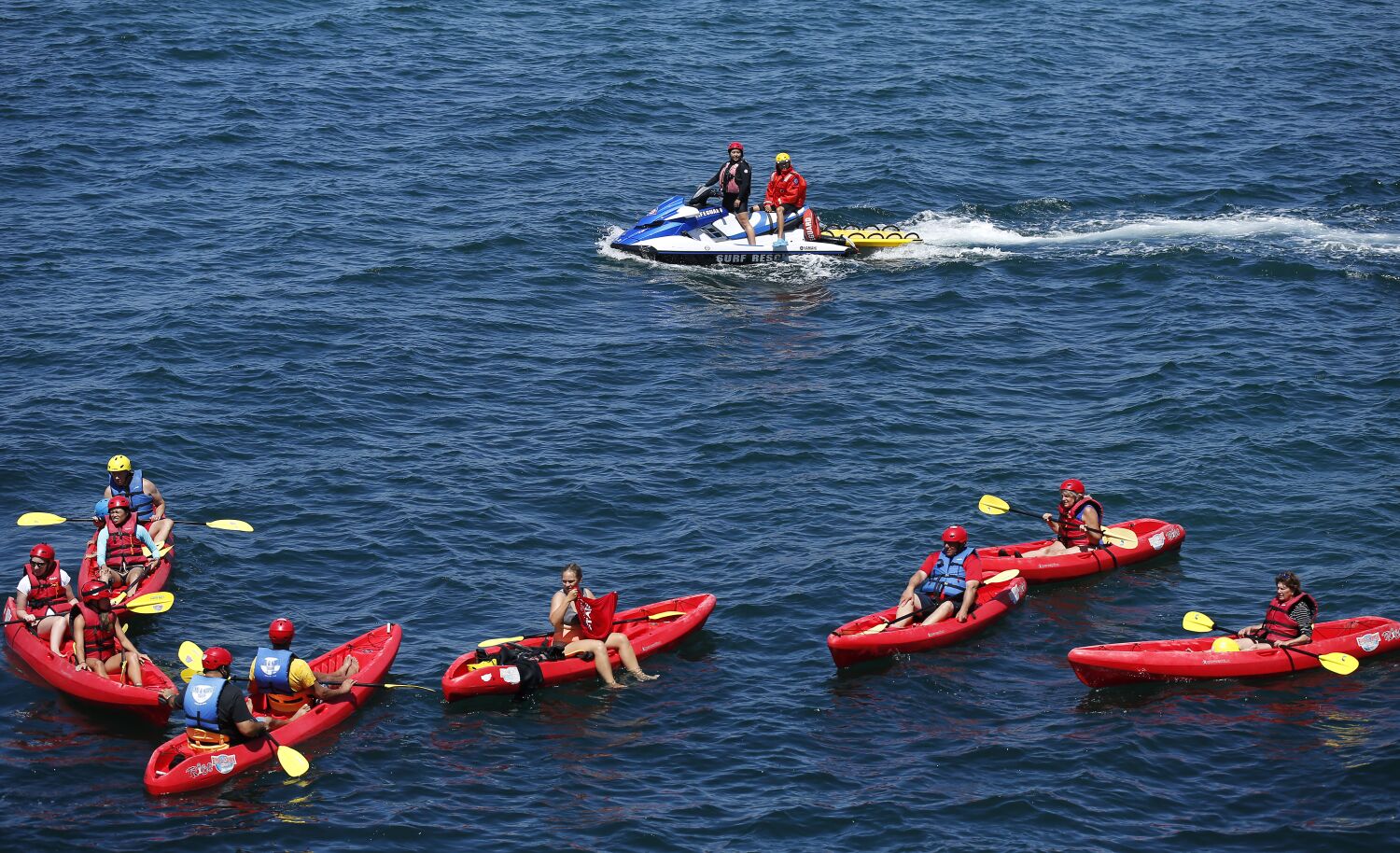 San Diego settled this week a 9-year-old lawsuit that prompted a new state law that aims to make beaches throughout California safer by clarifying how fast lifeguards can drive Jetskis near swimmers.

Prior to the new legislation, AB 1682, state regulations appeared to bar lifeguards from driving faster than 5 mph within 100 feet of any swimmer or surfer and within 200 feet of any beach.

Those regulations, which state lawmakers called unintentionally restrictive and poorly written, came to light when a surfer injured at Mission Beach in August 2013 sued San Diego for gross negligence.

In his 2014 lawsuit, Michael Ramesh Haytasingh said the city was responsible for neck and other injuries he suffered trying to avoid a lifeguard driving a watercraft above that 5 mph speed limit.

The lawsuit cited the state’s Harbors and Navigation Code, which had said the only water vessels exempt from the rule were vessels operated by the state that have special lights and are directly engaged in a law enforcement operation.

Leaders of coastal cities and lifeguard agencies throughout the state quickly came to San Diego’s defense, filing briefs of support and requesting clarification of regulations they said were clearly meant for privately owned watercraft — not lifeguards of any kind.

“Every second responding to a water rescue is integral to a positive outcome,” the division said in court documents. “Once a drowning victim slips under the surface of the water, the rate of survival and recovery become exponentially worse.”

The city won the case at the Superior Court level without a trial, but the Fourth District Court of Appeal ordered a trial based partly on concerns that vague state regulations could cause problems in the future.

The state Supreme Court declined to review the case, but Associate Justice Joshua Groban wrote an opinion in November 2021 urging the state Legislature to clarify the regulations.

“I fear that uncertainty surrounding the current statutory scheme jeopardizes the safety of those in need of ocean rescue, as well as the safety of first responders who often risk their own lives to save them,” Groban wrote.

“Clarification is crucial because, without further guidance, there is remaining uncertainty about whether city-owned watercraft can ever be exempt,” he wrote. “Without an exemption from the 5-miles-per-hour speed limit, these important rescue watercraft may be rendered useless as a lifesaving aid.”

“It will be of little comfort to the next swimmer or surfer in peril that the most effective means of saving him or her is unavailable due to a latent ambiguity in the Harbors and Navigation Code,” he wrote.

“This bill will exempt clearly-marked lifeguard vessels from the 5 mph speed limit set for boats traveling near beaches and boat landings — helping save lives faster!” Boerner Horvath said on Twitter last May, after the bill was approved by an Assembly committee.

The City Council approved a $75,000 settlement Tuesday with Haytasingh, the surfer who sued. He was on vacation from Monterey with his wife and children when he was injured.

The council approved a separate payout Tuesday of $250,000 to settle a lawsuit filed by Kyle Long, who was injured in January 2020 when he hit a pothole on Charles Street in Point Loma and was thrown from his motorcycle.