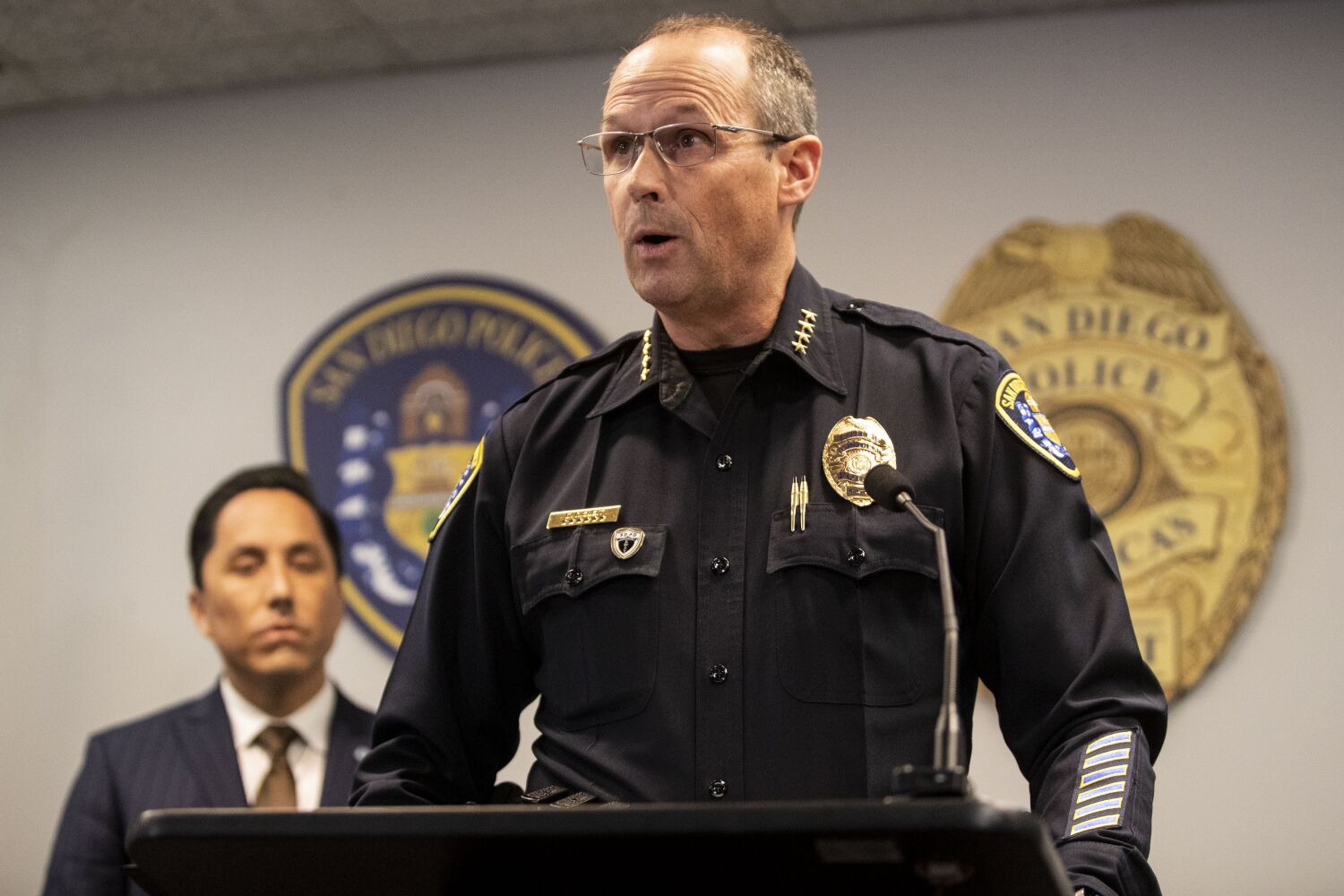 A 10-month, San Diego police-led operation resulted in 71 arrests in a case they said took down a network of criminals with ties to White supremacist groups, officials announced Tuesday.

Operation Red Rider linked several of the suspects to drug trafficking, illegal gun sales, home invasion robberies, auto thefts and other crimes, police said. Many of the suspects were arrested on suspicion of drug and gun charges.

San Diego County District Attorney Summer Stephan said during a news conference that the suspects have ties to White supremacist street gangs, which adds “another layer of public safety concerns for law enforcement and our office.”

Officials would not specify with which groups the suspects are allegedly associated. The details, officials said, will be revealed as the cases are prosecuted.

As part of the operation, police seized seven guns and 530 rounds of ammunition, as well as seven pounds of methamphetamine, nine ounces of fentanyl powder, six ounces of heroin, four ounces of ketamine and 1,000 counterfeit oxycodone pills. They also recovered 24 stolen vehicles and found an illegal butane honey oil lab.

“These are the drugs that are killing our San Diego citizens, they are weapons that are being used to hurt our communities, and I’m pleased to say now these criminals are being brought to justice,” Mayor Todd Gloria said during the news conference.

Police Chief David Nisleit said the investigation started with complaints and tips about drug trafficking at a house on Noah Way in North Clairemont. A records check revealed several calls for service tied to the home, including two reports of overdoses. One of the overdoses resulted in a death on Dec. 2, 2021.

“This operation is yet another example of how law enforcement responds when the community calls for help,” Stephan said.

Nisleit added: “It’s just great investigative work, but again, it starts with the community reaching out to us.”

The investigation led to several arrests and 25 criminal cases in recent months, Stephan said. On Thursday, SWAT teams executed more search warrants and made additional arrests at six locations across the city, including in Serra Mesa, Clairemont, Bankers Hill and Point Loma Heights.

Stephan said nearly 50 defendants are charged in San Diego Superior Court. Others remain under review by her office.

While officials said the defendants are tied to White supremacist groups, the charges do not include conspiracy, and many of the defendants were charged in separate cases. Stephan said the cases will be prosecuted by gang and narcotics prosecutors.

Many of the cases involve drug charges. Officials said drug seizures during the operation will likely prevent overdoses.

“One defendant alone had 500 fentanyl pills,” Stephan said. “That is a recipe for death in our community.”

Other cases stem from violent crimes. In one home invasion robbery case, the assailant woke up the victim at gunpoint, robbed him and assaulted him, Stephan said.

Nisleit said the operation sent a message to criminals.

“If you are involved in criminal activity and harming our community with violence, you can expect a knock on your door,” Nisleit said.

The investigation is ongoing, and additional arrests are expected.