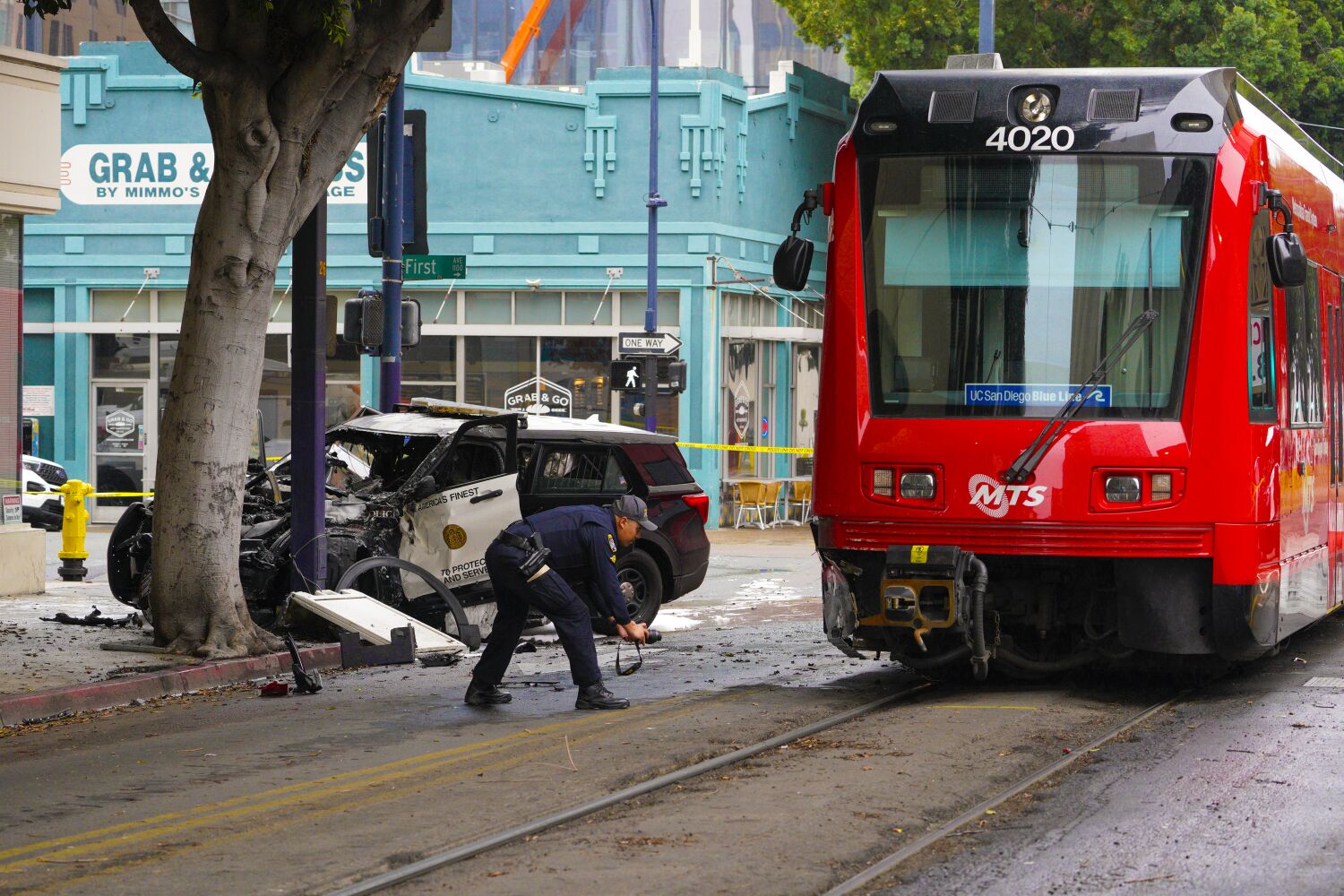 A San Diego police officer suffered minor injuries when her patrol SUV collided with a San Diego trolley as she was responding to a call about a fleeing suspect in downtown Thursday morning, officials said.

The collision was reported on First Avenue and C Street, near City Hall, around 7:50 a.m. The injured officer was transported to a hospital and was being treated for minor injures, police said.

Officers had been called shortly after 7:45 a.m. by someone who spotted several people inside a vehicle on First and B Street donning ski masks, with at least one person reportedly armed with a gun, O’Brien said.

Two people were contacted at the location by officers, but a third person took off running, which prompted a call for assistance, said Lt. Adam Sharki, a police spokesperson. The officer who was involved in the collision was responding “lights and siren” heading north on First when she collided with the trolley that was heading east on C Street, Sharki said.

After the injured officer got out of the damaged SUV, the vehicle caught on fire. Firefighters responded and put out the fire, he said.

The San Diego Metropolitan Transit System said eastbound trolley service was being delayed because of the collision. In a tweet, the agency said service on the Orange and Blue lines between City College and the Santa Fe Depot was halted, with delays expected to last a few hours. MTS directed riders to use bus service on Broadway.