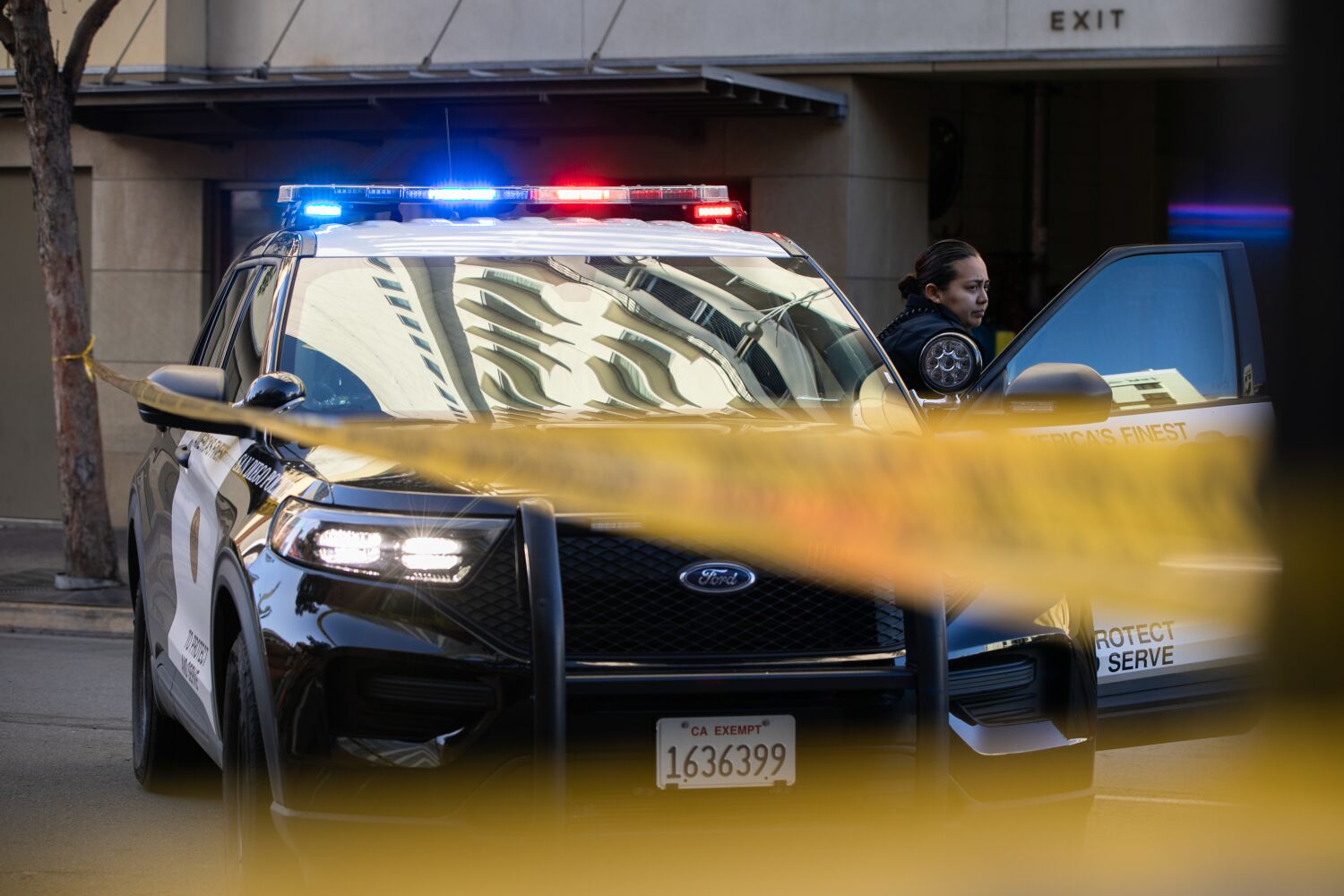 A man was fatally shot after a fight broke out and gunfire erupted in the Gaslamp Quarter early Friday, a San Diego homicide lieutenant said.

The shooting was reported about 4:35 a.m. at L Street and Sixth Avenue, near Hard Rock Hotel San Diego.

Officers arrived in two minutes and found a man suffering from a gunshot wound to his upper body, San Diego police Lt. Steve Shebloski told OnScene TV. Officers and paramedics tried to save the man, but he died before he could be taken to a hospital. He was not identified.

Witnesses who heard the gunshots told police they saw two men running from the area and into a parking structure at Sixth Avenue and L Street, Shebloski said. A SWAT team was called to clear the structure and locate the pair.

A white vehicle was seen speeding away, the lieutenant said.

Officers found a vehicle that matched the one described and pulled it over on Fifth Avenue near K Street, Shebloski said. Officers detained three people inside the vehicle and a fourth person in the area, but their suspected level of involvement in the shooting remains unclear.

Investigators determined some sort of altercation occurred between the person who was fatally injured and a group of people before the gunfire, but few additional details were known.

Several blocks near Sixth and L were cordoned off while detectives investigated. Patrol officers escorted residents and employees who live or work in the area behind the police tape were escorted to their homes or businesses.