For Windows users, it’s more than a free alternative to Stardock Fences, freeware 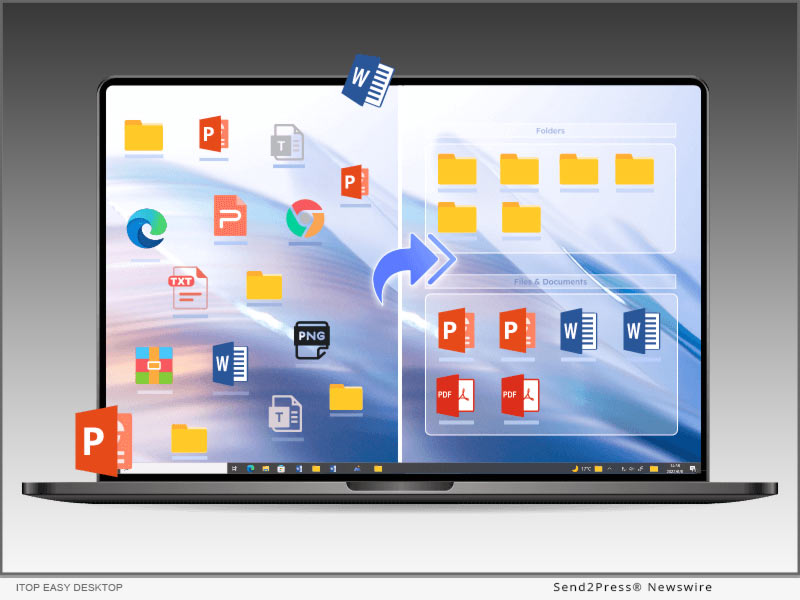 “As the Internet grows and changes, iTop team prioritizes users’ privacy. Their privacy comes first. It is our goal to integrate efficiency, security and aesthetic to make users more productive and motivated at work, while protecting their digital lives and making a good user experience.”

Data leaks occur every day. There is a risk that sensitive client data, copyright photos, and videos on the desktop could be accessed or viewed by others. To protect data and privacy from any kind of possible threats, iTop Easy Desktop’s Private Box lets users put all sensitive files into one desktop box and lock them by creating a single account.

Anyone who wants to unlock the specific desktop box, needs a password to enter. In other words, no one can view or edit the protected files, folders, or directories without permission. It will definitely block unauthorized access. Data, photos, and videos that need to be kept secure from prying eyes can be hidden.

It is not good for productivity and will decrease efficiency to have a cluttered and messy desktop with icons, folders, and files scattered everywhere. iTop Easy Desktop improves its Type-based Rules, supporting automatically grouping photos, shortcuts, documents as well as system icons into category boxes. Meanwhile, boxes can be numbered, titled, and colored. Their size can also be adjusted.

Besides re-sizing it, If a box is too small, users can scroll through its contents using the scroll bar. In addition, iTop Easy Desktop improves the Context Menu, which makes it easier to perform a variety of tasks. The latest version also includes the Smarter Roll. When the box reaches the edge of the screen, it automatically rolls up to make desktop tidy and aesthetic.

iTop Easy Desktop helps users find and locate any file or folder stored on a Windows PC by name with its unique Quick Search algorithm. It will only take a few seconds. Moreover, users can quickly and accurately locate the desired file on their computer anytime, anywhere with hotkeys. This is done without switching to the desktop, by summoning boxes to the top of the desktop.

iTop Easy Desktop is fully compatible with Windows 11, 10, and older versions. And It’s available for download at its official website https://www.itopvpn.com/itop-easy-desktop.

iTop is one of the fastest rising stars in the software development industry, creating intuitive, stable, and smart software. It has developed popular tools like iTop VPN, iTop Screen Recorder, iTop Data Recovery, and iTop PDF to improve efficiency, maximize time and make users’ digital lives much easier and more enjoyable. Since 2016 iTop has been creating tools and software that run on both desktop PCs and mobile devices. iTop products are used and trusted by more than 20 million users now.