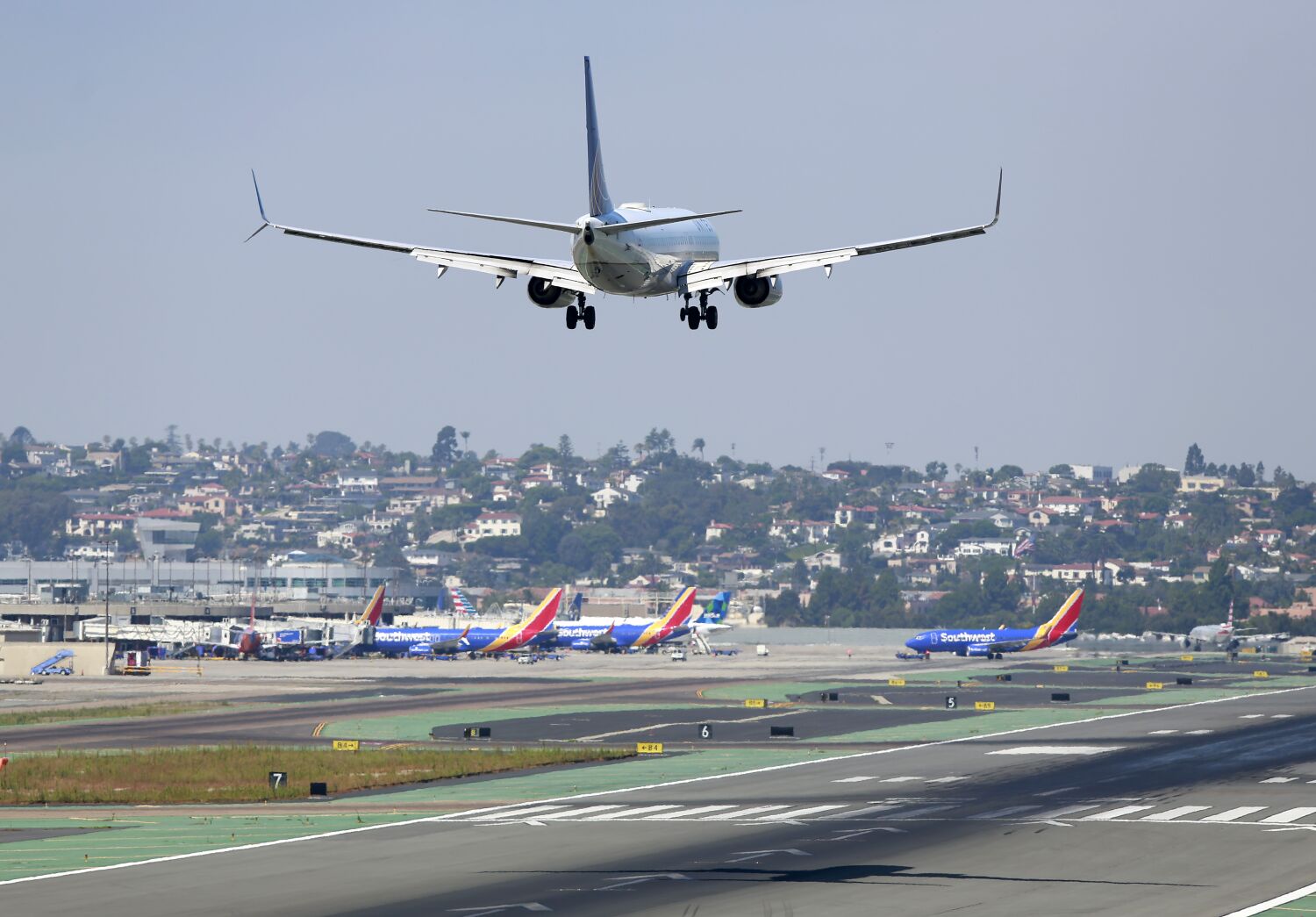 The shortage, caused by a leak in a key pipeline east of Los Angeles, was forcing some departing flights to make unplanned pit stops in Los Angeles, Phoenix or Las Vegas to fill up.

Dozens of posts on Twitter and other social media described delays of anywhere from half an hour to several hours on flights leaving San Diego over the long weekend — especially cross-country flights that require more fuel.

Planes were mostly taking off on time, but many were landing later than scheduled because of the unplanned pit stops, according to social media posts.

“Well, this is a first in my half-century of air travel…..our @united nonstop from San Diego to Washington has to stop at LAX to take on fuel, because there is a fuel shortage at SAN…” John Roberts, an anchor on Fox News posted, on Twitter Sunday.

For passengers with connecting flights, such delays can create major complications. The airport reported seven canceled flights and 138 delays as of 4 p.m. Monday, according to the flight-tracking website FlightAware.

Some of the cancellations and delays reported by the airport could have been caused by reasons other than the fuel shortage.

The delays come after travelers faced hundreds of flight cancellations last week because of weather issues and staff scheduling problems at Southwest Airlines.

An airport spokesperson declined to answer questions Monday but provided a statement that refers to the airport’s code name, SAN.

“SAN is not out of fuel, however with the Kinder Morgan fuel line disruption, steps are being taken to conserve fuel. Please check with your airline prior to coming to the airport.”

The leak in a fuel pipeline serving San Diego was discovered Dec. 20 by pipeline operator Kinder Morgan, which shut down the pipeline so repairs could be made. The leak was discovered at Iron-Wood Nine Golf Course in Cerritos, an eastern suburb of Los Angeles.

The inability to use the pipeline to get fuel to the airport is forcing airlines to truck in fuel, but fuel trucks lack the capacity to supply enough fuel for the hundreds of jets at the airport, according to social media posts and the travel blog Johnny Jet.

Airlines are putting enough fuel in planes to get them to either Los Angeles, Phoenix, Las Vegas or Ontario airports, where they can then fully fuel up, the blog says.

Shortly after the pipeline leak was discovered, Kinder Morgan estimated repairs would be complete Dec. 31.

On Monday, the company said it expects the repairs to be complete sometime on Tuesday, “due to continued complexities associated with the repair.”

“Air monitoring is ongoing at the site and there are no environmental or safety concerns for the public at this time,” the statement said.

The Johnny Jet blog posted what it called an “internal” airport communication that estimated the fuel problem wouldn’t be cleared up until Thursday.

Airport spokesperson Nicole Hall declined to confirm whether that internal communication was legitimate or to estimate when the fuel problems would be solved.