From the Archives: The Year in Pictures: 1922 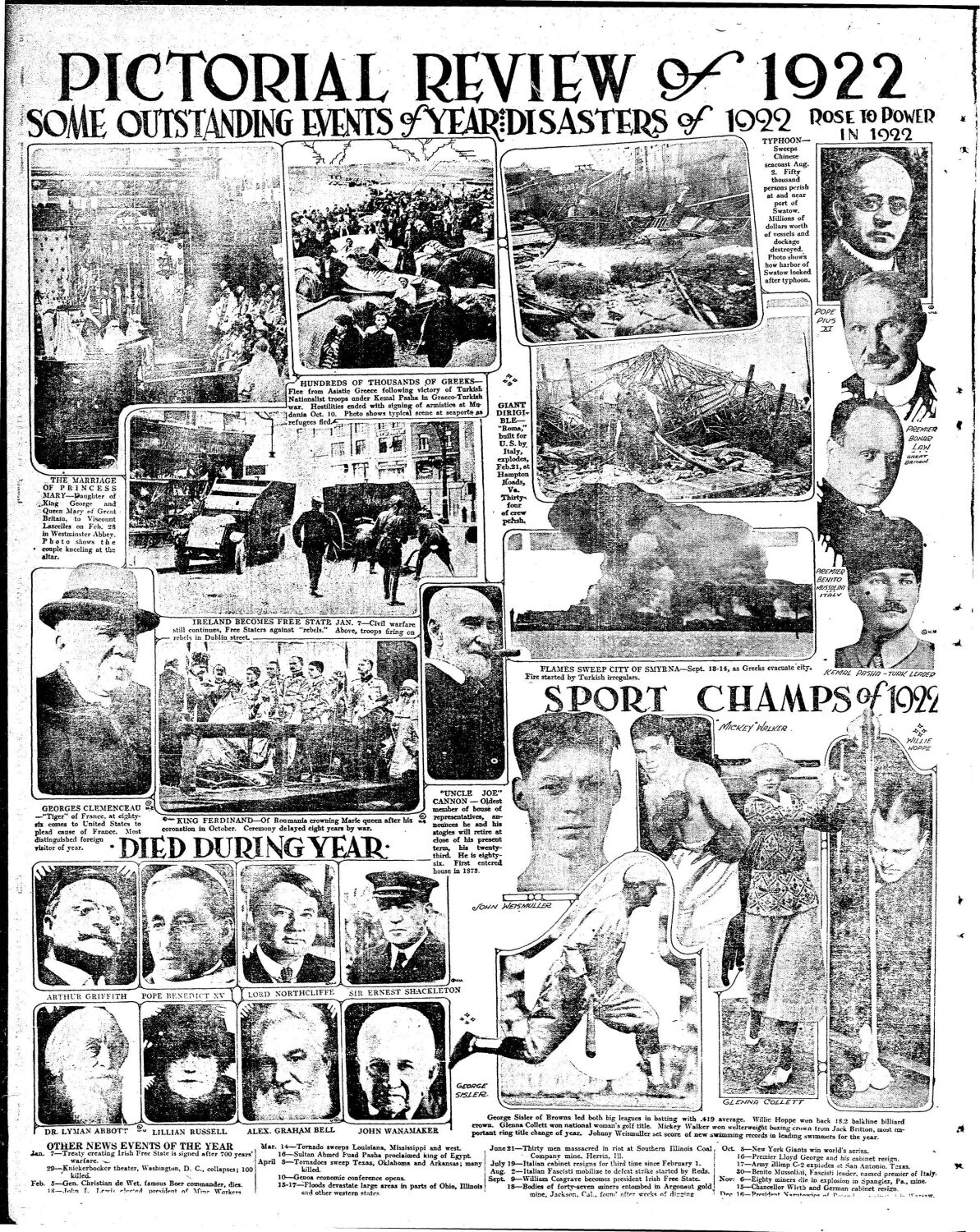 One longstanding newspaper custom is to provide readers in December with a brief summary of prominent events or big stories of the year that has passed.

Last Sunday, the Union-Tribune offered readers a 32-page special section, “A Visual Review of the year.”

One hundred years ago the Evening Tribune published this page as a pictorial review of the major news events of 1922.

SOME OUTSTANDING EVENTS OF YEAR

THE MARRIAGE OF PRINCESS MARY —Daughter of Kin George and Queen Mary of Great Britain, to Viscount Lascelles on Feb. 28 in Westminster Abbey.

TYPHOON—Sweeps Chinese seacoast Aug. 2. Fifty thousand persons perish at or near port of Swatow. Millions of dollars worth of vessels and dockage destroyed.

HUNDREDS OF THOUSANDS OF GREEKS—Flee from Asiatic Greece following victory of Turkish Nationalist troops under Kemal Pasha in Graeco-Turkish war. Hostilities ended with signing of armistice at Mudania Oct. 10

OTHER NEWS EVENTS OF THE YEAR

15-7—Floods devastate large areas in parts of Ohio, Illinois and other western states

18— Bodies of forty-seven miners entombed in Argonaut gold mine, Jackson, Cal. after weeks of digging

Nov. 6—Eighty miners die in explosion in Spangler, Pa., mine

Historical photos and articles from The San Diego Union-Tribune archives are compiled by Merrie Monteagudo. Search the U-T historic archives at sandiegouniontribune.newsbank.com