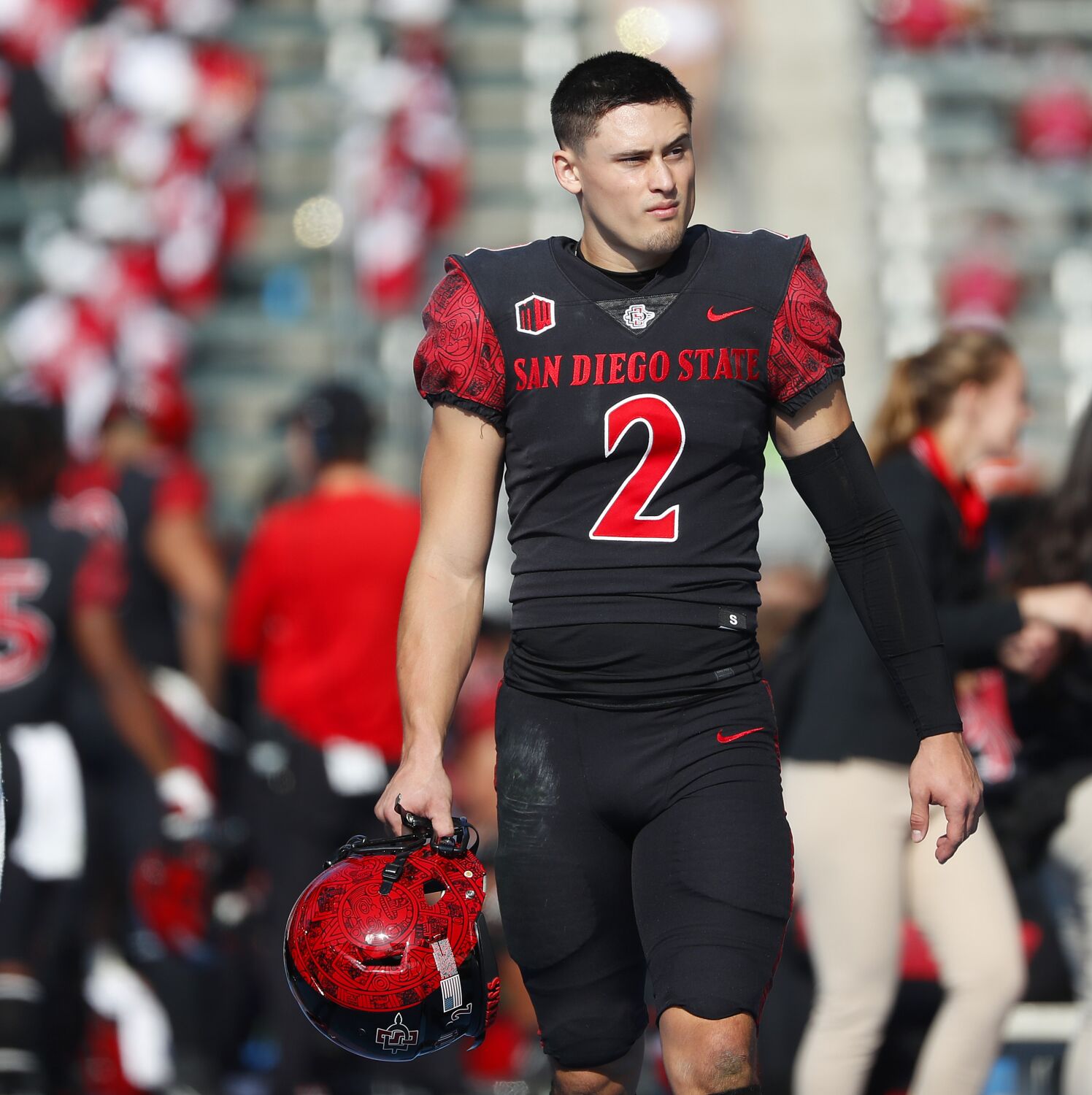 A former San Diego State University punter drafted into the NFL last year said in court documents filed Wednesday that he is innocent of rape allegations made by a young woman who said she was sexually assaulted at an off-campus house party in 2021.

Matt Araiza’s response to the woman’s civil lawsuit in San Diego Superior Court alleges that her accusations are false and that any contact between them was consensual.

“Defendant is innocent of all allegations as he did not do any of the acts allegedly made in the complaint,” Araiza’s response states. “Innocence includes the misidentification of the defendant due to an underlying motive to harm the defendant.”

Last spring, before the allegations were made public, the Buffalo Bills drafted Araiza. In August, after he was named in the woman’s civil suit, the team released him.

The woman’s attorney, Dan Gilleon, called Araiza’s response “a publicity stunt,” and manipulation of the media.

“The only time a defendant answers (a lawsuit) with anything but a boilerplate ‘general denial,’ he’s playing to the media,” Gilleon said in a text.

According to the lawsuit, the incident happened at a Halloween party held at a College Area home early on Oct. 17. She was 17 years old and a high school senior at the time.

The woman, now 18, is identified in the lawsuit as Jane Doe. The Union-Tribune generally does not name the victims of alleged sexual assaults.

In her suit, the woman says that Araiza, then 21, had sex with her in a side yard of the residence before bringing her into a bedroom where a group of men took turns raping her for about 90 minutes.

She has also sued then-redshirt freshman Zavier Leonard and Nowlin “Pa’a” Ewaliko, alleging they were part of that group.

She said she stumbled out of the room bloodied, and she immediately told her friends she’d been raped. She reported the incident to San Diego police the next day.

Gilleon said last month that his client would press forward with her lawsuit, which was filed in August of last year.

On Wednesday, Araiza’s lawyers Dick Semerdjian and Kristen Bush noted the district attorney’s decision not to bring criminal charges against Araiza or his former Aztec teammates. They said in the documents that their client “did not force, demand, or coerce the plaintiff to do anything.”

“Mr. Araiza did not enter the home with the plaintiff, and he spent no time with her inside the house,” the response reads. “Mr. Araiza left the gathering long before the plaintiff and he has no personal knowledge of what may or may not have occurred inside the home on the night in question.”

They said their client believed the plaintiff was 18 years old at the time of the encounter. Gilleon said that because she was 17 years old, she could not give consent.