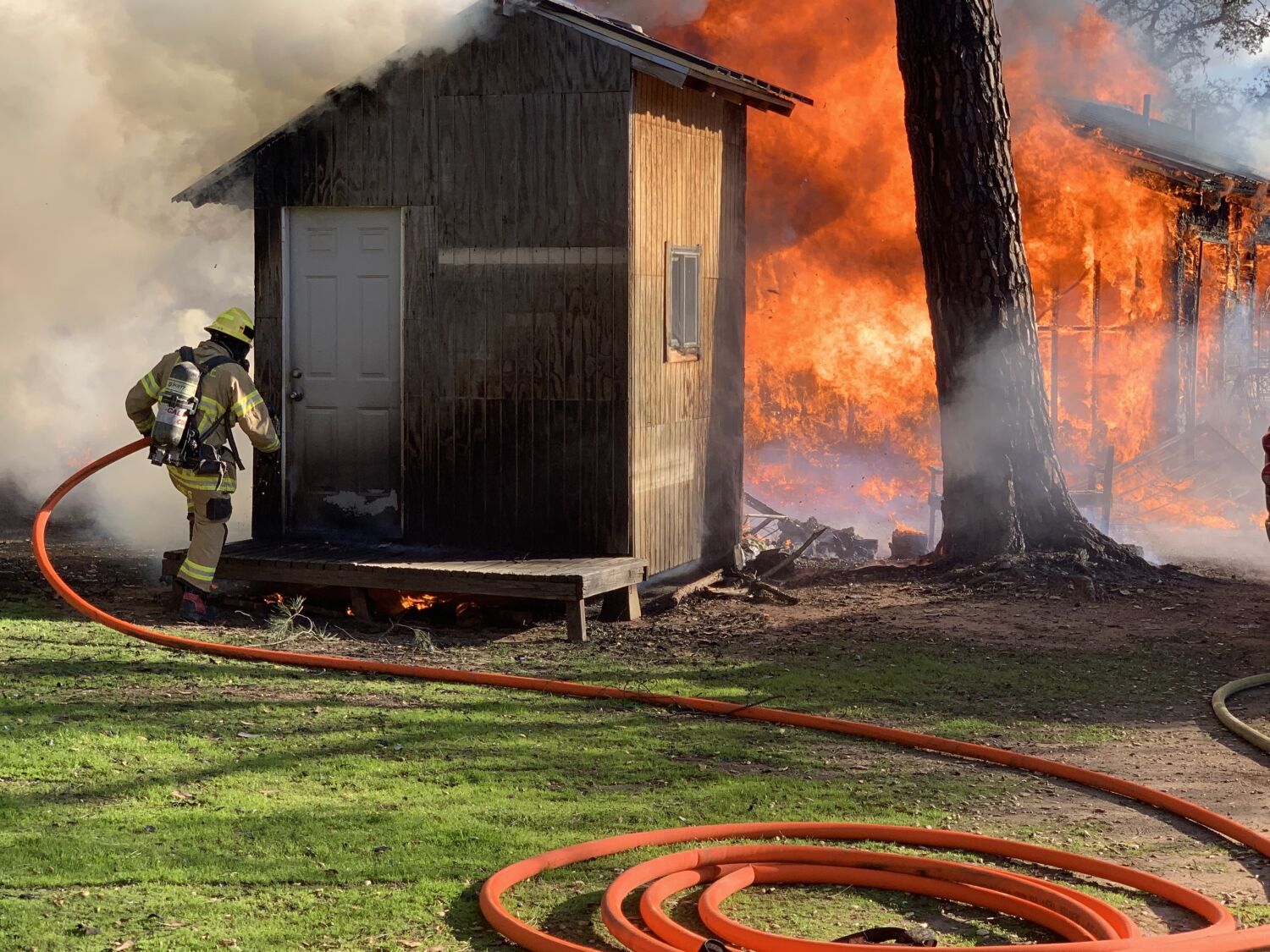 A fire killed a dog and destroyed a house on a ranch in Jamul on Sunday afternoon, a fire official said.

Two residents were displaced by the blaze, which was reported around 2:45 p.m. at the property on Lyons Valley Road near Indian Hills Drive.

The residents were outside when the fire started. A dog was able to escape, but second dog did not, Cal Fire Capt. Thomas Shoots said.

By the time firefighters arrived, the fire had consumed the house and spread to a pine tree and an outbuilding, Shoots said.

Crews stopped the fire from spreading to other outbuildings and vegetation, Shoots said. Out of an abundance of caution, crews had called for additional resources, including aircraft, but the request was canceled when they got a handle on the fire.

The house was a total loss, and a horse trailer and a pickup were damaged, Shoots said. The cause of the fire was under investigation, and a damage estimate was not available.