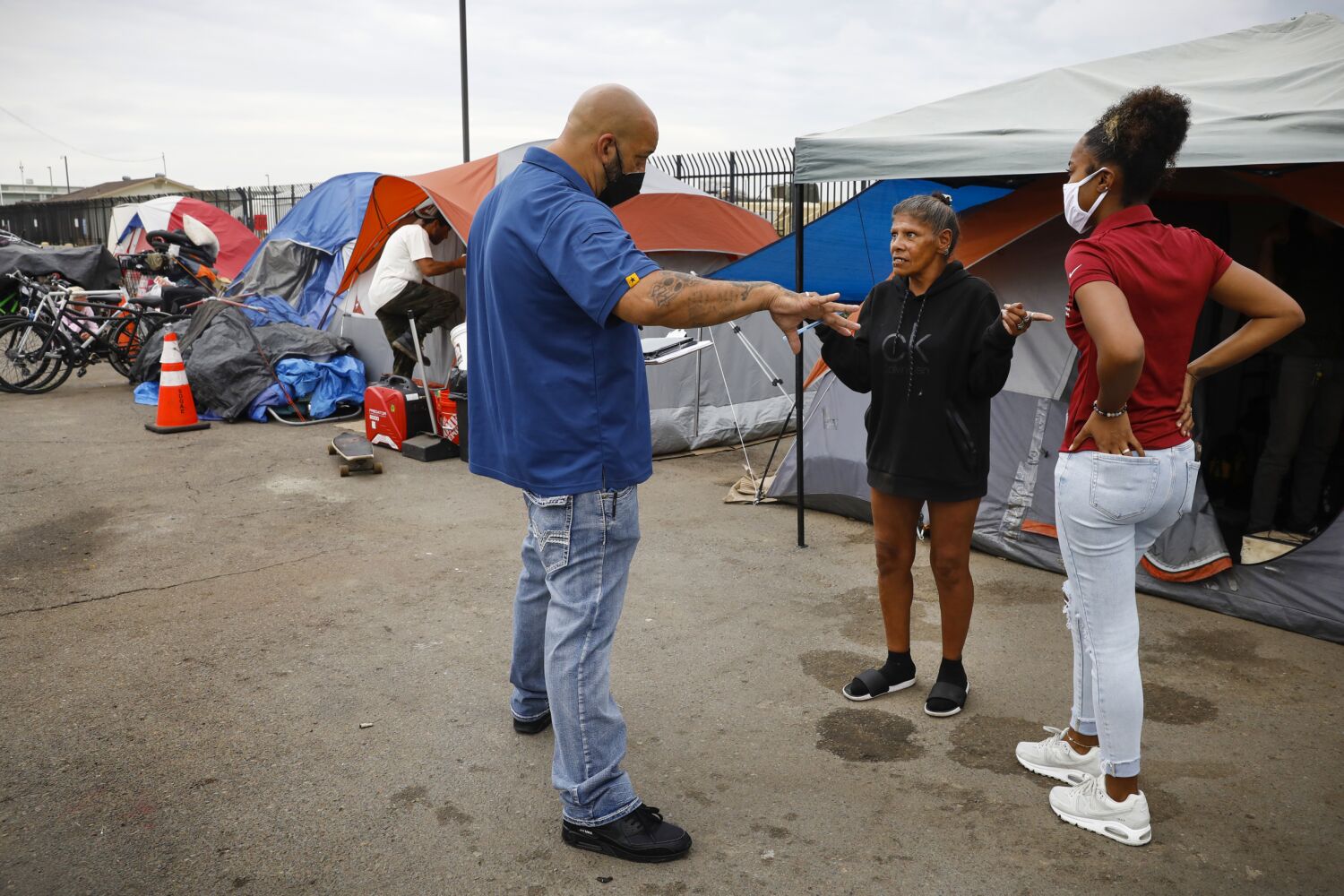 San Diego County is a step closer to creating a list that will name all homeless people in the area following the Board of Supervisors’ agreement to fund it Tuesday.

Supervisor Terra Lawson-Remer said the list will treat homeless people with greater dignity by referring to them as a name rather than a number and will help service providers create individualized solutions for each person.

She and Supervisor Jim Desmond brought the idea to the board last August at the suggestion of Interfaith Community Services President and CEO Greg Anglea, who said the list would help homeless service providers throughout the county share information and track the progress of individuals.

Since then, county staff members have met with community organizations, service providers, local governments, people with lived experience in homelessness and the Regional Task Force on Homelessness to explore the feasibility and cost of a countywide by-name list.

On Tuesday, the board approved a contract with the Regional Task Force on Homelessness for $100,000 over the next two years to create the list.

In September, the county Department of Homeless Solutions and Equitable Communities, Office of Homeless Solutions and the task force met with representations from 10 cities, and an October meeting convened with more than 50 people, including members of nonprofits, community-based organizations, outreach workers and other organizations focused on homeless solutions, according to an update provided to supervisors Tuesday.

The update did not list which cities participated, but the plan as originally suggested by Anglea was to begin with a pilot of just a few communities before expanding it countywide in a year or 18 months.

As an example of how a by-name list could help homeless people, the update before the board said officials from one city could meet with all partners working with homeless people in their jurisdiction to focus on resources available to help an individual and ensure progress is being made.

In another example, multiple jurisdiction could work together to address specific sub-populations, such as seniors or people with serious mental illnesses in their area, to pool resources to address their unique needs.

It also is expected to help the health and well-being of homeless people by providing information about them to those who can help coordinate access to services and housing.

Anglea has said a by-name list also could be more precise than the annual one-day count of homeless people, such as the countywide one scheduled for Thursday, which relies on observing or estimating how many people are outdoors, in tents and in vehicles.

Under the contract approved Tuesday, the Regional Task Force on Homelessness will create the by-name list by working with jurisdictions and entities throughout the county. Funding for the contract is included in the operational plan in the county Health and Human Services Agency and will come from the American Rescue Plan Act, Homeless Services Component.