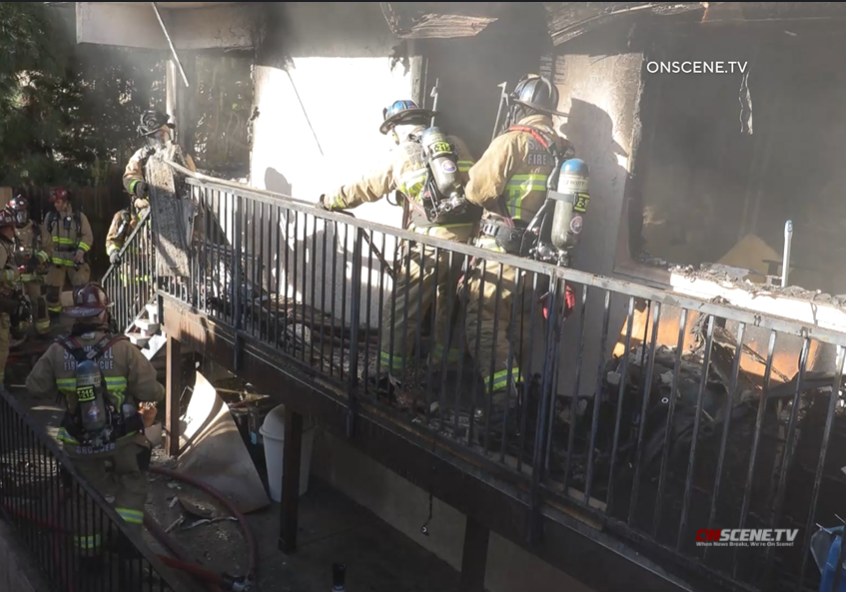 One pet dog was killed and about half a dozen people had to evacuate from their homes on Christmas afternoon after a fire destroyed one apartment and damaged three others in La Mesa.

A child witness said they saw the fire start in their Christmas tree, Blunt said, but fire officials have not yet confirmed the cause of the fire, which is under investigation.

The fire started in a bottom-floor apartment, then spread through an open window to the balcony of the apartment upstairs, Blunt said. From there, it reached the roof, he added.

The two other apartments in the building were damaged by smoke, heat and water, Blunt said.

The apartment where the fire began was “completely destroyed,” and the other three have also been rendered essentially uninhabitable, he said.

One pet dog died in the fire, and about six people were displaced, Blunt said. American Red Cross came out to help the families, he added.

About 40 personnel from three fire departments — Heartland Fire and San Diego Fire-Rescue also assisted — worked together to take down the fire, which took about 30 to 40 minutes, Blunt said.

Fire officials ask that families remember to water their Christmas trees and ensure any tree lights are turned off when not at home.